WE'VE MOVED, PERMANENTLY, TO 810 RICHMOND AVE, HOUSTON, TX 77006, IN MONTROSE! SAME-DAY DELIVERY TO HOUSTON & SURROUNDING IS AVAILABLE! PLEASE CALL OR EMAIL, PRIOR TO ORDERING SAME-DAY SELIVERY, IN ORDER TO ENSURE PRODUCT AVAILABILITY, ORDER MINIMUM, & SERVICE-AREA! BUY 2 GET 1 FREE, ALWAYS, IN-STORE & ONLINE! TO BUY 2 GET 1, ONLINE, YOU MUST BUY 2 OF THE SAME GUMMIES! FREE 1 WILL BE ADDED, AUTOMATICALLY, TO YOUR CART! EMAIL OR CALL US, ANY TIME, AT (832) 416-2816 & CONTACTUS@OILWELLCBD.COM! Dismiss

THC and CBD may get all the attention, but they’re not the only cannabinoids in cannabis. Minor cannabinoids like cannabinol (CBN) are drawing attention because of their potential medicinal benefits.  Cannabinoids are sought for their medicinal and therapeutic effects, rather than psychoactive effects. Each cannabinoid acts differently in the body and on the endocannabinoid system, however, so it’s important to learn the differences between them.  At OilWell Cannabis Dispensary of Houston, Texas, we stay up to date with new applications for legal cannabinoids to ensure our customers have the products they need, when they need them. Always natural, our CBN products are of the highest quality to provide the best finished products.

CBN is a non-psychoactive cannabinoid found in trace amounts in cannabis. In most cases, CBN is found in cannabis that’s been aged and stored. It’s derived from THC, despite having minimal psychoactive effects itself.

When THC compounds in the plant break age, they break down, leading to the formation of CBN. Unlike CBD, which is entirely non-psychoactive, CBN can produce mild psychoactive effects in large doses.

CBN isn’t as widely studied as THC or CBD, so its possible uses and benefits are limited. Because it’s found in older cannabis that has been exposed to a lot of oxygen, products with isolated CBN are typically sealed, such as edibles and tinctures.

CBN and the Endocannabinoid System

The endocannabinoid system is a system with molecules and receptors distributed throughout the body. This system connects to the nervous system and affects numerous processes, including digestion and mood.

Cannabinoid type receptor 1 (CB1) is the most prominent receptor in the system for research purposes, because the way different cannabinoids bind with it have influence over their effects. For example, THC binds with CB1 and leads to euphoria, while CBD binds with it and leads to relaxation.

Certain Cannabinoids, especially popularly associated forms of it, known to have antibacterial cannabinoids, which gives it potential for antibacterial effects in cases of antibiotic resistance. The major cannabinoids (CBD, CBC, CBG, Delta-9 THC, and CBN, all showed potent activity against antibiotic-resistant bacterial strains.

On its own, CBN may have strong antibacterial properties in isolated uses, especially against resistant bacterial strains like MRSA. As antibiotic resistance increases, CBN could prove valuable in the future.

Like other cannabinoids, CBN may possess powerful neuroprotective properties. In animal studies, CBN was effective in delaying the onset of ALS, suggesting that it may be useful in combating the effects of neurodegenerative conditions like Alzheimer’s and Parkinson’s. More human studies need to be conducted with a range of neurodegenerative diseases, however.

Certain Cannabinoids, especially popularly associated forms of it, have long been used to treat inappetence in cancer patients and may be useful for treating eating disorders like binge eating, bulimia, and anorexic. In animal studies, CBN was shown to increase appetites and may be beneficial in stimulating the appetite in people with eating disorders or cancer patients suffering from cachexia and inappetence.

The results of these studies may mean that CBN can be used as an alternative to the psychotropic THC-based options. This would be purely medicinal use and avoids any unpleasant side effects associated with the high of THC.

While Certain Cannabinoids, especially popularly associated forms of it, have been used for millennia as a natural pain reliever, there hasn’t been a wealth of research into the possible benefits. Rodent studies suggest that CBN may be a potent anti-inflammatory agent, however, especially for osteoarthritis and rheumatoid arthritis, an autoimmune condition that can lead to severe joint pain and deformity.

In addition, as a class, cannabinoids act on inflammation in a different way than nonsteroidal anti-inflammatory drugs (NSAIDs) and eliminate the adverse effects associated with NSAIDs. Though more research is needed, these results are promising for treating diseases with acute and chronic inflammation and pain, such as fibrosis, a condition characterized by the growth of fibrous connective tissue that can cause joint and muscle pain. CBN may also be helpful for treating the symptoms of fibromyalgia, a condition marked by debilitating, widespread nerve pain.

Much of the attention Certain Cannabinoids, especially popularly associated forms of it, and cannabinoids receive is related to cancer. Both together and as isolated compounds, cannabinoids have been used to treat the side effects of cancer and cancer treatment, such as nausea, vomiting, and inappetence as a result of chemotherapy.

Research into CBN may take this a step further, however. Preliminary studies show that CBN may inhibit the growth of cancer cells and facilitate apoptosis, or the death of cancer cells, in certain cancers. These include glioblastoma, hepatocellular carcinoma, and breast cancer, which are difficult cancers to treat effectively. More research is needed into the anti-tumorous properties, though these results are promising.

Treating anxiety with cannabinoids is a double-edged sword. Cannabinoids may be effective in addressing anxiety, especially Delta-8, but THC can cause anxiety as an adverse effect. This presents challenges in using cannabinoids to treat anxiety effectively.

With CBN, however, studies show that it can be effective in modulating anxiety responses when combined with other cannabis compounds. CBD has already been shown to modulate the behavioral effects of cannabis. It’s possible that CBN is beneficial because of its lack of negative behavioral effects, allowing people to treat anxiety effectively without disruptive psychoactive experiences or adverse effects.

This was at a time when glaucoma medications had significant side effects, however. Since then, conventional medication has largely eclipsed Certain Cannabinoids, especially popularly associated forms of it, treatments for glaucoma. Still, several clinical studies have found that cannabinoids can reduce intraocular pressure as well as conventional glaucoma medication, regardless of how they’re delivered. For some, cannabinoids may be a viable treatment option to replace conventional pharmaceuticals with contraindications or side effects that prevent their use.

One of the primary benefits touted for CBN is relief from insomnia. More than anything else, CBN is known as a sedative that can be used to treat insomnia and other sleep disturbances.

Little research exists to support this, however. A study in the 1970s investigated the effects of CBN on sleep, but it didn’t yield any meaningful results. It’s possible the reputation for its sedative effect comes from the effects of older cannabis, which is where CBN is found.

In all likelihood, the combination of THC and CBN promotes drowsiness. In the same study, subjects were tested with CBN and THC, THC alone, and CBN alone. THC caused drowsiness on its own, but the combination led to higher levels of drowsiness. This reputation may have come from the effects of these compounds together, rather than CBN alone.

Another possible explanation is the terpene content in aged cannabis. Pure CBN on its own may not have a sedative effect, but it comes from older cannabis that has higher concentrations of sesquiterpenoids, which may be responsible for sedative effects.

CBN vs. CBD: What’s the Difference?

Both CBN and CBD are natural cannabinoids found in the cannabis plant, but they’re different. CBN and CBD interact with the same receptors in the body, but produce different effects.

CBD also has more research backing its therapeutic benefits and is available in a wider variety of products. Because CBN has lower demand and comes from aged plants, it’s not found in as many products or from as many vendors.

The possible adverse effects of both CBM and CBD are similar, however. While both are generally safe, everyone reacts to cannabinoids differently. Different factors, including gender, age, and genetics, can play a role.

The side effects of CBN and CBD may include:

CBN and CBD are often mixed in products, though they’re available in pure form as well. They can safely be taken together to reap the benefits of both. In fact, some research suggests that combining them can enhance their respective effects more than taking each alone.

Because they’re both hemp-derived, CBN and CBD are legal in most states and on the federal level. Some states have restrictions on CBD products, however, such as:

These laws may be based on whether the products come from a hemp plant, or could apply to all CBD products. CBN is currently rare and not subject to strict regulations, though that could change in the future.

CBN may be flying under the radar as a cannabinoid product, but it has a lot of potential for medicinal and therapeutic uses. Anxiety, cancer symptoms, chronic pain, glaucoma, and eating disorders all have limited research indicating that CBN may provide relief for symptoms, though more research is needed into the effects of CBN on its own.

Because it’s in lower demand and comes from oxygenated, aged plants, CBN is not as widely available or found in as many products as popular cannabinoids like THC and CBD. If you’re looking for CBN products, OilWell Cannabis works with the highest-quality, hemp-derived cannabinoids to produce top-notch cannabinoid products. Contact us to learn more about our CBN products! 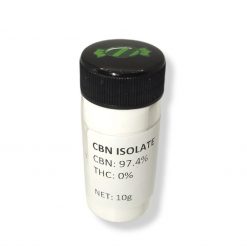 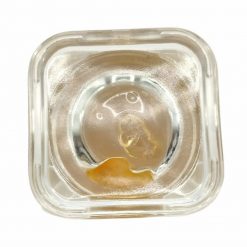